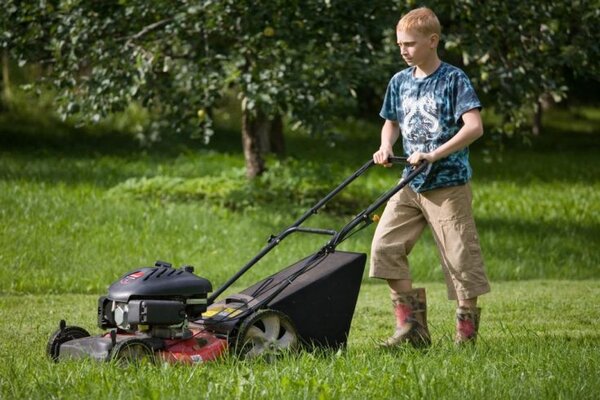 What Causes a 2 Stroke Engine To Smoke

All the 2 stroke engine generates some amount of smoke and it’s an unavoidable part. Such engines are more powerful than their 4-stroke counterparts, which is great. It’s a different story altogether. But, here we will discuss what causes a 2 stroke engine to smoke? You can also use the information to check whether the engine is getting the level of lubrication.

What Causes a 2 Stroke Engine To Smoke

Why an engine emits smoke?

A 2-stroke engine smokes because it has oil mixed into the fuel. On the other hand, too much smoke from a 4-stroke machine means that the fuel supply is higher than can be burned inside its combustion chamber. So, incomplete combustion is the primary cause of smoke in such an engine.

Before we discuss whether your 2-stroke engine is emitting lots of smoke, it’s worth knowing the oil type you are using. Some of the engine oils use low ash formula, which is designed to take out the carbon deposits on the engine’s internal parts. So, we recommend that you use a low smoke engine oil like Husqvarna LS+. Such a fluid is one of the best ways to minimize smoke.

As you can understand, engine oil plays a very important role in the amount of smoke a 2-stroke engine is emitting. So, it might be tricky to know how much smoke is unwanted. What we need to know is whether the engine is getting the required level of lubrication or not.

If the engine needs an oil mix, then check its user’s manual and follow the ratio recommended by the manufacturer. Then, check the spark plug. Replace the plug if it looks corroded or damaged. Increase and decrease the mix ratio to see how your machine is performing.

If you are seeing blue smoke from the engine, then its oil is leaking and getting burned with the fuel. Contact the manufacturer or an expert to get the leakage fixed.

A clogged air filter is another reason why the engine is emitting black smoke. A dirty filter means the engine is not getting enough air supply. Clean this component or replace it if it’s not reusable.

However, if the smoke is very thick, the problem might be a leaking cylinder, which is allowing more fuel. Also, there could be some splits in the engine block. Contact the manufacturer or a local expert for repairs.

Seeing a thin white smoke once in a while is not a problem. It could be just some water vapour. However, thick smoke is not a good sign. It might mean that the coolant has made its way to the combustion chamber. A damaged turbocharger could be another reason.

If you notice white smoke followed or mixed with blue smoke and then the engine shuts down, then the PCV (positive crankcase ventilation) valve is not working properly. It’s a serious error and hence, you should contact a professional.

How Do I Mix Oil and Gas?

Never try to mix the gas and oil inside the fuel tank. Use a separate container that should be bigger than the required volume. Make sure that the vessel is leak-proof and free from dust, dirt and similar materials. Pour the required amount of oil into the container and then spurt the gasoline.

Seal the receptacle and whirl it until both the liquids are completely mixed. Never try to shake this mixture. Make sure there are no shading or streaks inside the container, remove its cap and refill the tank. If you leave the mixture idle for some time, then make sure you swirl it before pouring it into the fuel tank.

What happens if you put too much oil in a 2 stroke?

Excess oil generally results in excess smoke, or the fluid might leak through the muffler and sometimes it also powers down the engine. So, be careful while mixing the oil and fuel. Follow the ratio recommended by the manufacturer, which you can find in the user’s manual.

Now we know all the reasons that cause a 2-stroke engine to smoke. But, not to worry because we have also discussed the solutions. We suggest that you refer to the user’s manual before refilling the fuel tank of your machine’s engine. Also, use an engine oil, which is compatible with the engine. Plus, keep the engine maintained to avoid such problems.

Types Of Lawn Mowers-You Should Know Before Buying

What is Lawn Sand and What Does It Do?

We use cookies to ensure that we give you the best experience on our website. If you continue to use this site we will assume that you are happy with it.AcceptPrivacy policy